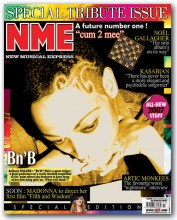 She’s always been a dreamer ever since she was a child and music quickly became her favorite way to express herself. When she was 7 years old, she was already performing in front of her schoolmates, singing the greatest hits of the time. As time goes by, musical styles are succeeding, and each trend leaves a trace in the growing passion of this young teenager. Rock, Pop, Soul, Funk, Gospel, and later Jazz, will contribute to build her own personality. Then she starts to study jazz at the Antwerp’s Jazz Studio.
Writing and composing become a necessity, a need inspired by Aretha FRANKLIN, Shaka KAN or Whitney HOUSTON’s voice and hardour, and many others …

Soon, the butterfly will take her flight.

After much traveling around the world with her parents (her father, who’s Dutch, is a diplomat at the United Nations, and her mum is from Rwanda), it is in Belgium, where she settles down with her family, that she starts to make it happen.
In parallel with her student life (translation studies), she keeps in mind this dream which haunts her spirit: singing, singing always and forever. She does a few contests, and is broadcasted for the first time on a national radio, for the interpretation of one of MADONNA’s most famous song.
She goes from Piano Bars to small clubs in Brussels, Antwerp, Ghent and even in the Netherlands. She also appears on TV in musical programs, picks up small roles and is an extra or actress in a few films and advertisements, and from time to time works as a model.

In the meantime, with the passing days and chance encounters, she devotes her time to writing and recording demos.

Bridget, a voice to discover, a world to conquer. A trip to remember …